It's too early to tell which brand of user-generated content will be the Web 2.0 phenomenon of 2007, but placing an early bet on Twitter might be a good move. The free service, which combines the instant voyeurism of personal blogs with the brevity of text messages, appears to be catching fire, doubling its user base every month. It had 10,000 users by December and expects to hit 100,000 by April. Users post pithy updates on their lives (in no more than 160 characters) via the website, their IM clients, or their mobile devices. These posts can be sent just to their circle of friends or, if the user allows it, they can be added to Twitter's public time line. (A free desktop widget called Twidget also features the updates.)

Creator Jack Dorsey says the brevity of the posts is Twitter's greatest asset. "I feel a richer sense of connection with my friends when I can just peek into their lives," Dorsey says. "'I had two eggs and toast for breakfast' is enough of a glimpse." Dorsey and a fellow software engineer created Twitter in just two weeks last March. The service launched under the wing of parent company Obvious.com, the new venture of Blogger co-founder Evan Williams, who sold his blogging service to Google in 2003. Obvious.com builds quick and lightweight consumer-focused Web applications, throwing them out to the public and seeing which ones stick. "It's hard to explain why a product or application breaks out," Williams says. "But it doesn't take a lot of investment to know if you have something." If successful enough, he says, a product like Twitter can be spun off as its own company.

Not that Twitter is shy about monetizing its success. It's selling not only Web ads but also commercial accounts so corporate users can join in the conversation. Research firm eMarketer estimates that companies will spend upwards of $2 billion advertising on social networks alone by 2010. And Twitter's mobile component is appealing to phone companies, says Mark Donovan, a senior analyst for mobile research firm M: Metrics. The service is "a natural extension of what a phone does best," he says.

With nearly 75 million Americans now sending messages each month, texting has become an $11 billion market and it's growing fast. Gartner analysts expect 5 percent of all text messages sent, or $50 million worth of them, to ultimately relate to social networks like Twitter. Better watch Dorsey's pithy life updates very closely. 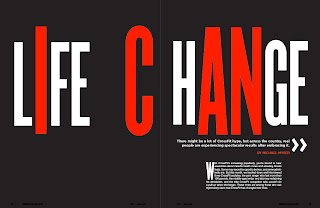